The Riga Port City concept envisages several development scenarios, making the area one of the most modern, functional, and versatile parts of Riga city centre, at exceptionally nearby location on the banks of the Daugava River. The total development area of Riga Port City is 55 ha. The area will include residential, education, business, hospitality, leisure, and other projects. Riga Port City will be a mixed-use district with high quality public open space and direct access to the waterfronts of the Daugava River, Andrejosta and Eksporta Bay. One of the key objectives of this project is to increase the high quality residential and business buildings, thereby increasing the population in the city centre.

Riga Port City is a unique example of waterfront development with an industrial and historical heritage that is planned to be integrated as far as possible into a modern environment where people would choose to live, work, relax and return. This development scenario has served as the basis for a masterplan created by world-class architects.

A new passenger and ro-ro cargo terminal is planned at the northern end of Eksporta Street, which is expected to open its doors to passengers in 2026. The Riga Port City concept therefore envisages that a business district with housing as an additional function would be planned at the end of Eksporta Street. Thanks to the new passenger, ro-ro and cruise ship terminal, this neighbourhood will become one of Riga's landmarks, using the Daugava as a waterway. This neighbourhood, with appropriate housing and the new terminal, will transform the environment into a new quality. From here, the Old Town and the future Rail Baltica railway station will be accessible by tram, micro-mobility or walking along the promenade along Daugava.

The Daugava River is a unique component of the new city centre public open space in the Riga Port City area. The view over the vast waters of Daugava, as well as the relaxation offered by the water and its presence, will be accessible to everyone. Active recreation areas for sports are planned in this area, as well as cafés for a more relaxed family holiday enjoying the accessible waterfront.

Industrial heritage as the neighbourhood's DNA

For example, opposite Pētersalas Street, right next to the Daugava River, there is the historic grain elevator, a white brick building that could potentially function as a hotel while retaining elements of its exterior. The basic idea is to preserve the industrial heritage, which recalls history and makes the environment more interesting, while at the same time not building new facilities, creating as small ecological footprint as possible.

Andrejostas Street will connect and pass through the area, becoming the backbone of the new Riga Port City, offering shopping and day-to-day services, as well as indoor and outdoor recreation. It will be a city centre street with space for all - pedestrians, cyclists, and cars. Green spaces will be created in the public open space for people to stop and enjoy a pleasant urban life.

This area will be adorned with a livable green neighbourhood, designed for residents, pedestrians, and minimal car traffic. This zone will include both streets and green alleys, as well as semi-private courtyards and gardens for new residents. 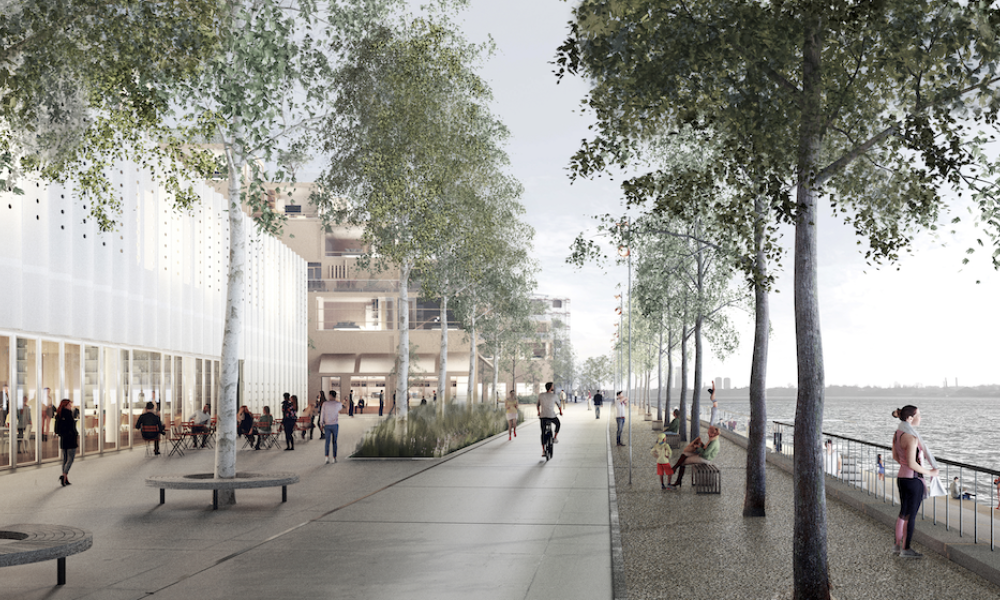 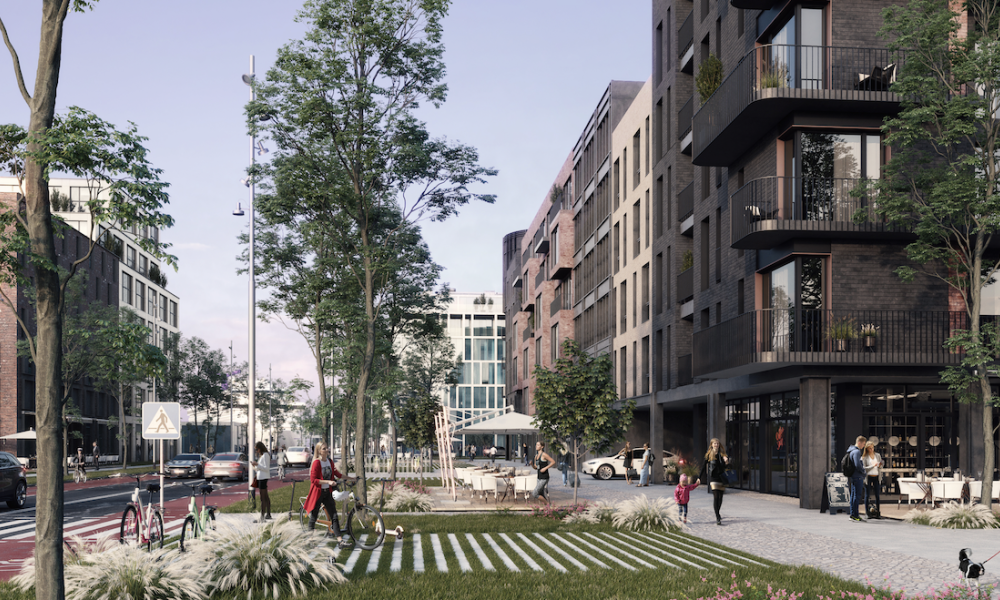 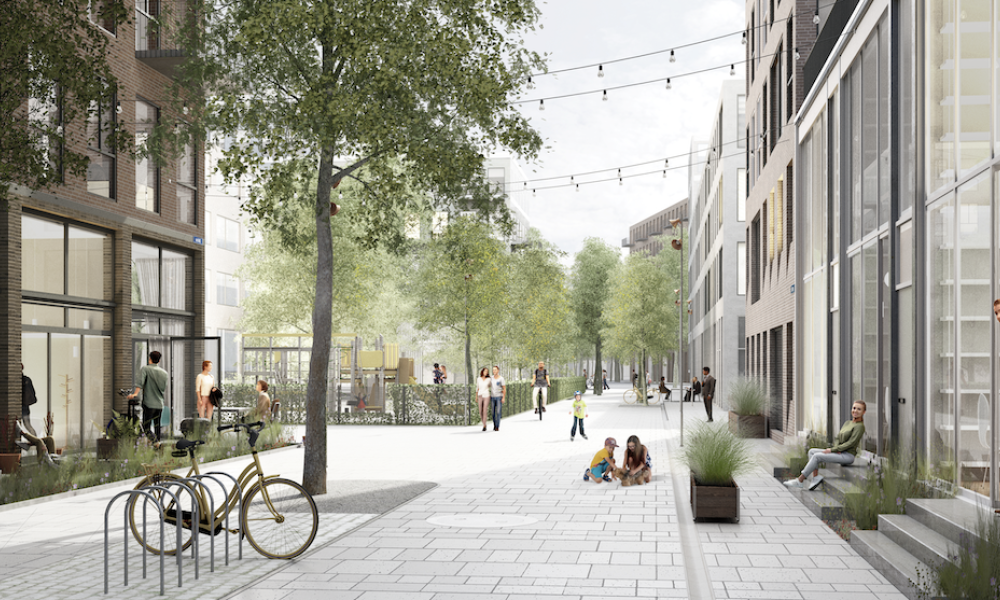 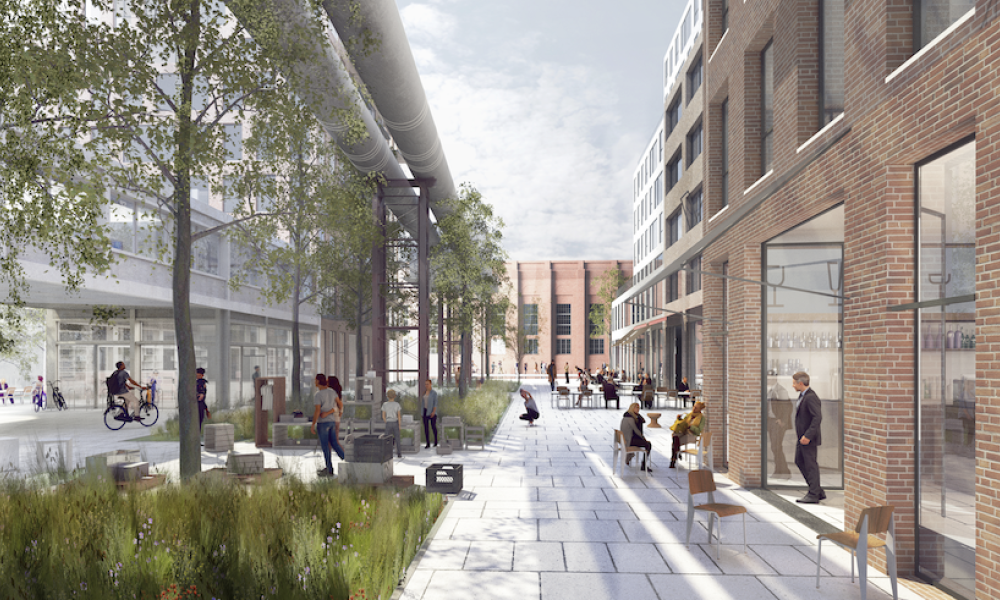 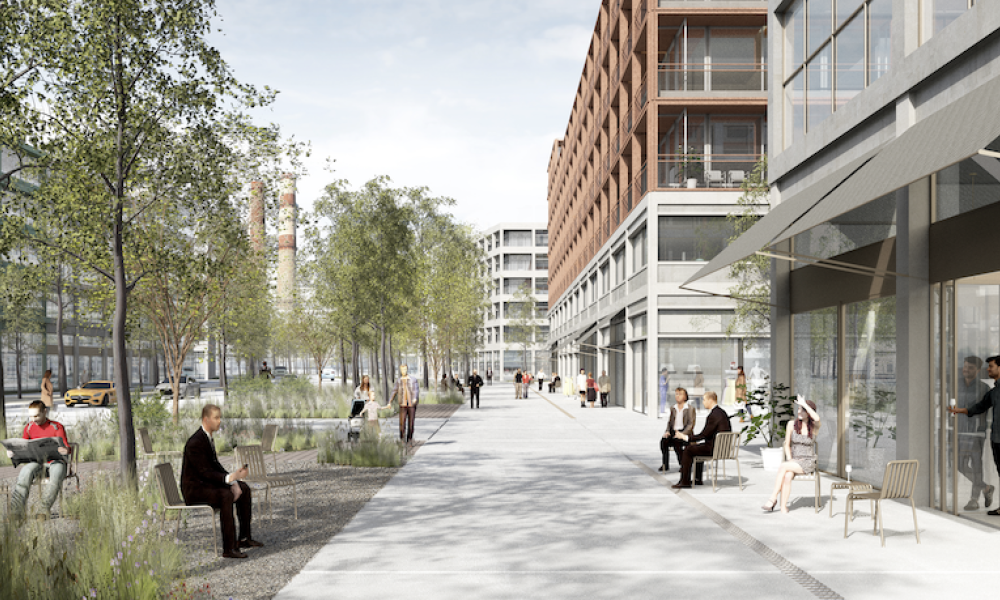